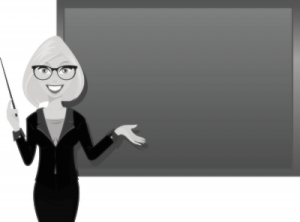 Kindergarteners at Woodhaven Elementary finally got to meet their teacher this week when long-time educator Cybelle Healy returned to class after a six-month absence.

Mrs. Healy, 62, suffered a heart attack two days before the start of this school year and has been recuperating ever since.

“It’s been a long road to recovery but I finally made it. I’m glad to be back,” said Healy, an educator with 40 years’ experience, and for decades a firm favorite with kids, parents, and co-workers alike.

Her loss was felt deeply by the incoming class of kindergarteners, and it is believed that several parents removed their kids from the care of substitute teacher Patsy Traynor, choosing instead this year either to homeschool or to boost the funds of the Montessori School in Banbury.

“We are ecstatic to have Mrs. Healy back,” said one mother whose child currently attends Montessori. “The private school fees have crippled us. But you make sacrifices for your kids, don’t you?  I’m happy she came back in time for summer, though. It means we will be able to join the pool club AND the country club. Also I can go back to getting weekly mani-pedis and shopping at Whole Foods.”

Not everyone shares this mother’s enthusiasm, however. Jodee Addison, President of Woodhaven Elementary’s PTA, and organizer (and sole entrant) of Woodhaven’s 50k Fun Run last year, was particularly vocal when we asked for her reaction to the news.

“I think it’s a really bad example to the kids,” Addison said. “She was totally unfit. Someone in her position should look after her health and not eat saturated fat. I’ve seen her eating cupcakes in front of the kids at Valentine’s parties, for God’s sake. You can’t behave irresponsibly like that and not be prepared to accept the consequences. It’s very upsetting for the children, having this incredibly important year of their school career disrupted by something that was self-inflicted by a person who obviously doesn’t care about her students.”

He declined to comment on Ms. Addison’s remarks, other than asking the Observer to remind parents that voting would soon begin for the election of next year’s PTA board.

Like Loading...
This entry was posted in Episodes 91-100, Woodhaven Observer Articles and tagged Jodee Addison, Patsy Traynor. Bookmark the permalink.

This site uses Akismet to reduce spam. Learn how your comment data is processed.